- Tell me a few words about yourself. What are you doing in India? Your profession and interests?

I was Born and brought up in Delhi and so was my father and mother and my grandfather and also my great grandfather. From generations we have been living in Delhi. Our family business was of milk for a very long time then my grandfather started the business of textiles.

India is a land of art and craft so growing up I have seen a lot of art around me in textiles and in the form of various crafts. My father is in a business of Textile of the most common Indian Garment “ Sari” so growing up I always saw a lot of textile related art in my house and also one can find a unique form of craft in almost every city of India.

Being inclined towards textile and art I took up Textile Design for my graduation.

Now I am Textile Designer and also an artist doing business in textiles and also working as an artist.

I work with both traditional and contemporary textile art. In traditional I do Pichwai Art of Mathura and Ragamala Painting art of Miniature art of India. About Russian traditional art I am not much aware, when I was in Russia and the Art I saw is indeed very different from what is done here in India. Indian art is not only very mythological in its approach it’s also very 2D without perspective study in the beginning much like traditional Indian crafts where as Russian art is very much on point when it comes to technique in Art. Although I did observe that we both havesimilar importance to the colors like green and red.Indian traditional art is mainly inspired by the festivities of Indian culture and the festivals of the both the countries are very different.

- India is a very colorful and bright country. What about Russia?

Yes India is very bright and but what I saw in Russia was also bright colors. Like other European countries Russia is not at all grey. I went in summers so therefore, saw many more colors on people. Russian people are indeed very cheerful although they do not express it as openly as an indian. 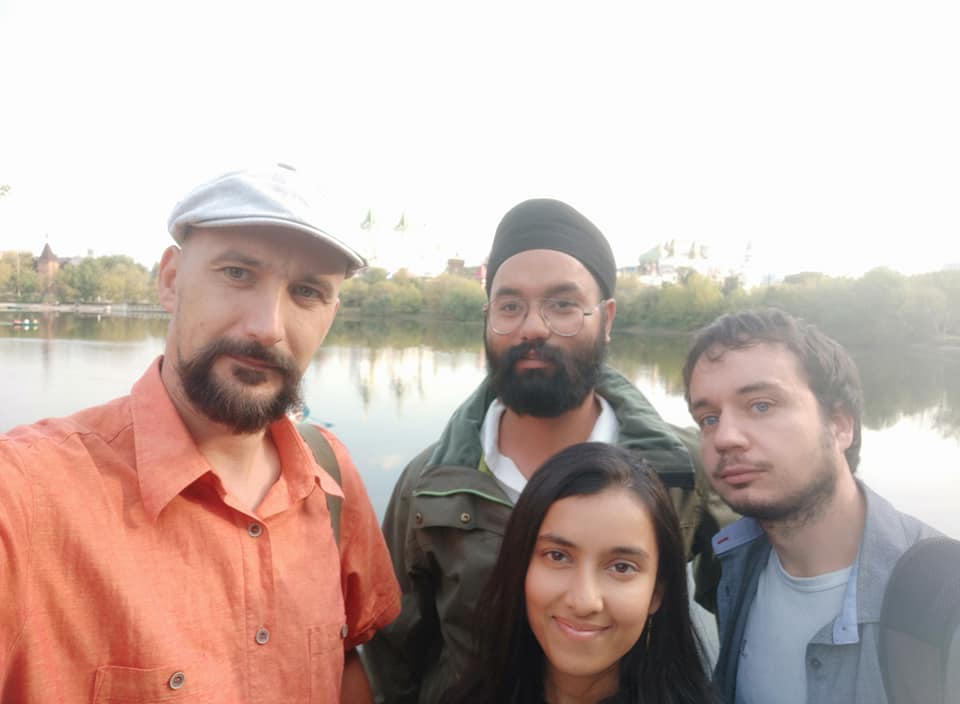 - How did you be in Russia? How long and where did you be?

In 2018 a friend suggested to apply to Saint petersburg humanitarian project where they were taking international artists for a painting project in the golden ring of Russia. I immediately got interested and applied for the same.

I was in Russia for 6 weeks where I got the chance of visiting 6 cities. I visited Rostov Great, Alexandrov, Pokrov and Vladimir with Saint Petersburg humanitarian project and Moscow and Saint Petersburg visited on my own with my Indian friend.

It was the best of the experience one could ask for. I met wonderful Russian Artists and was amazed to see there works. I could experience a bit of the culture. 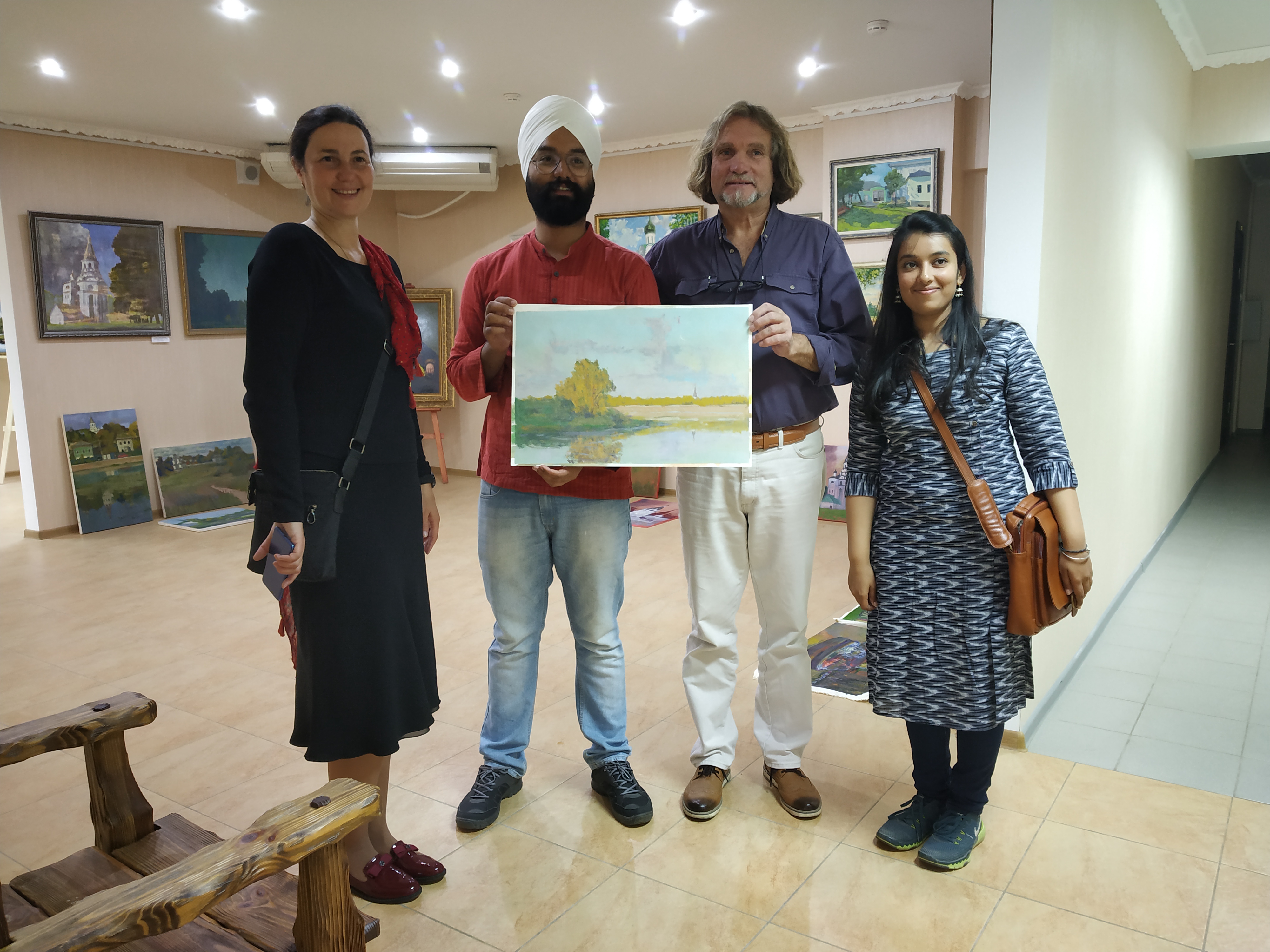 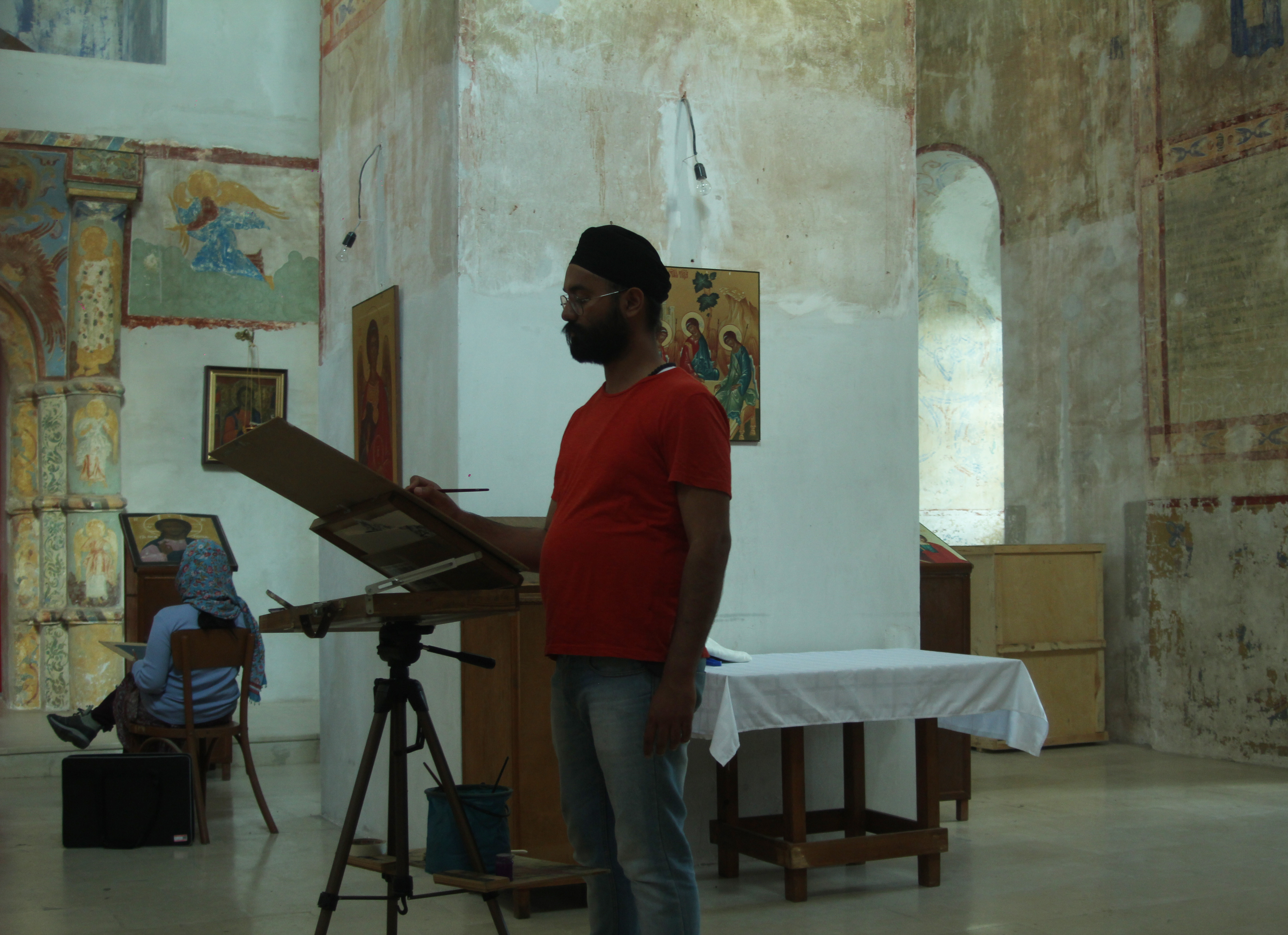 In each city we stayed for 10 days where the accommodation and meals were sponsored by the Organization we went with. We had to prepare a minimum of 10 works for the exhibition to be put at the end of every city.

We completed our 30 days in 3 different cities working for 10 days in each. For a day we even went to the city of Vladimir where the organization had put an exhibition in which the Indian artists works were also put up.

After the 30 day stay, I along with my Indian friend Harman went to Saint Petersburg for 5 days by train. Totally loved the whole experience. Went to see the famous Hermitage Museum and to the Russian Museum. Back to Moscow where we had to stay for 5 days we could not find a good location and therefore took the help of our friend Dmitry who was staying in Moscow in his flat and with him we stayed for 5 days at his flat. It was a totally different experience and very nice one. It was because him that me and my friend Harman could experience Moscow. He took us to the famous Museums and very old Russian café, something we would have not discovered if we were on our own. It was because of the generosity of my Russian friend that we could had that experience.

Russian people whom I met were very hardworking and trustworthy and it was so beautiful to see that underneath we all have the same emotional approach towards life and people. I met some really talented artists and working along them I could learn so much. 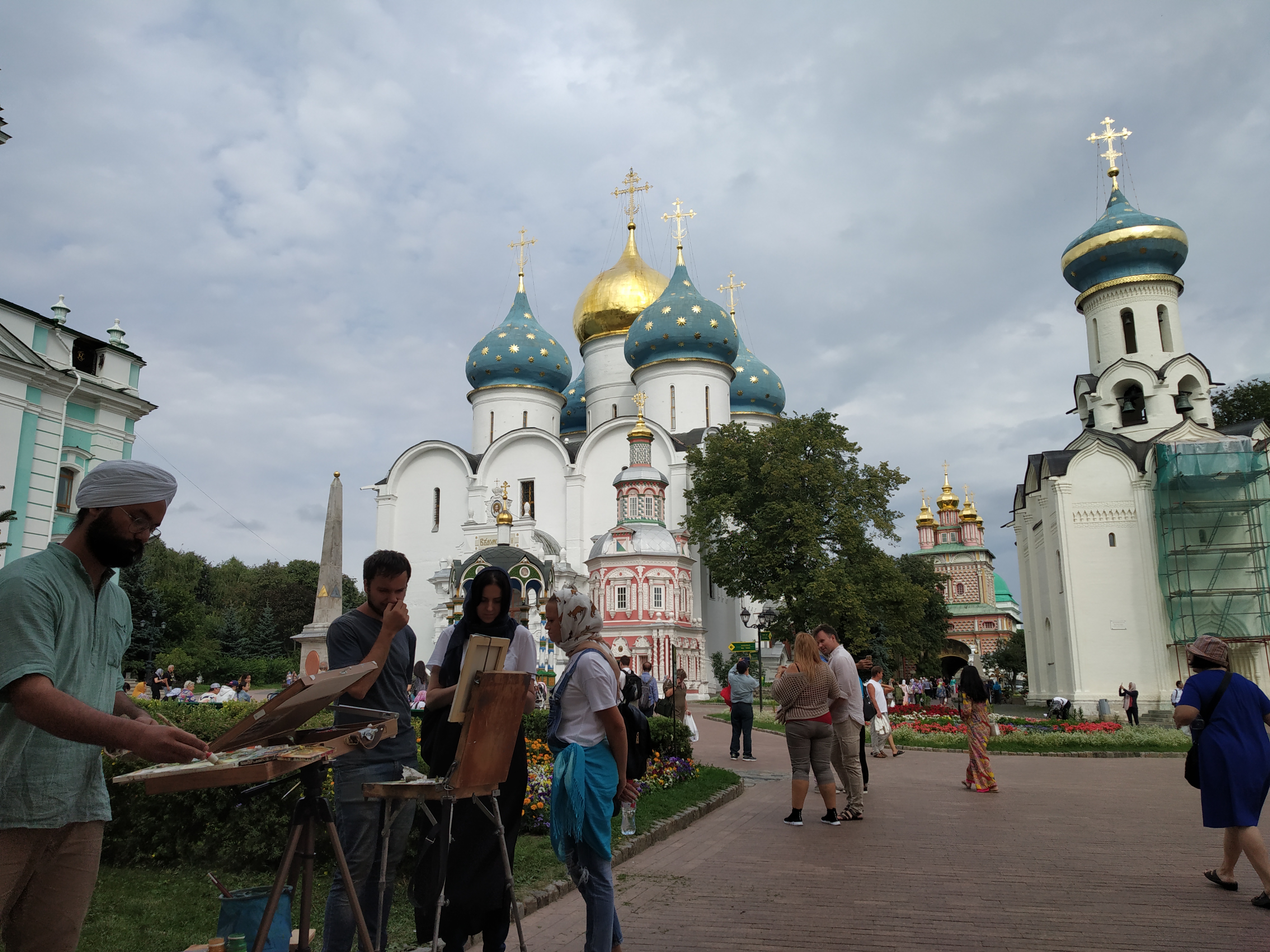 - Tell us about the Russian monastery. The difference or similarity with the Indian ones. What is your religion?

I particularly liked the Russian rituals done in the monastery. I knew that Russia has Christianity as religion and I still know that only.

- Tell me, that in Russia was nice surprised for you.

I was surprised that most of the Russian people really like Indians. They always got very happy to know that we are from a land of Raj Kapoor and Hema malini, the 2 Indian actors known in Russia more the older generation of Russian people as I think young generation are not much familiar. Also, I was surprised that so many Indian words are also used in Russian Language for example “Sanduk” and “Agni” which is fire.The most pleasant surprise was the positive, friendly and warm attitude of people. I had an absolutely amazing time.

We watched 2-3 films with Russian friend that showed old Russian classic comedies: Operation Y and other adventures of Shurik and others. I could very much relate them to our old Indian classics. The difference was in the clothing and set up of the movie. And would definitely see more of Russian classics.

- And what was the bad surprise?

There was none. Nothing I could recall. Before coming I thought I will have a major issue in food as I am a vegetarian. But living in church we were served all the vegetarian dishes which tasted very good. 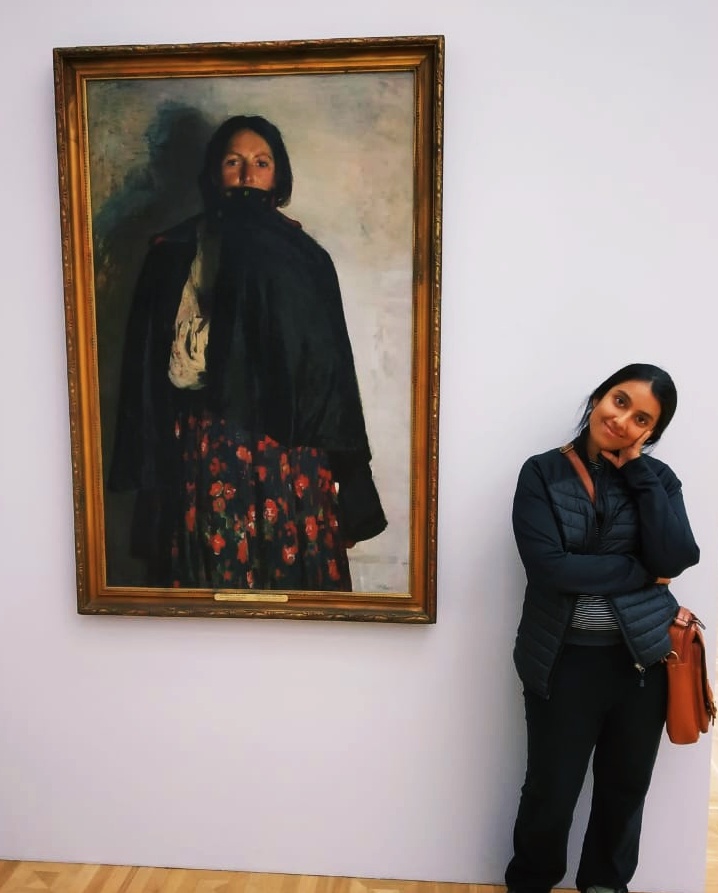 - Tell me more about the food. What did you like the most? Is it very different from Indian food?

At monestary we were given soups, salads, bread and eggs like regular meals. In the breakfast there were egg dishes, lunch salad and soup and at dinner I loved having buckwheat. I was very surprised that we were served all vegetarian food. And I became very fond of there potato and beetroot soup.

Also I tried many more other fruits in Russia, different types of cheese and butter. Really loved the rye bread which we do not get in India.

Russian food has no spice to it which was very comfortable in the kind of environment they have. Throughout my stay I did not felt like having any spice in the food. I was happily surprised that they also like to have warm food instead of cold. In india all the dishes for lunch and dinner are generally hot served. Which was same in Russia.

I loved there tea, also really liked the Blini which I tried in Moscow. The cabbage soup was great too.

Although, I do wish I knew Russian Language as that would have made a lot more easy to communicate also could understand them more. There were times when we wanted to talk about art and various other topics to Russian friends but using the google translator app we had to limit ourselves. 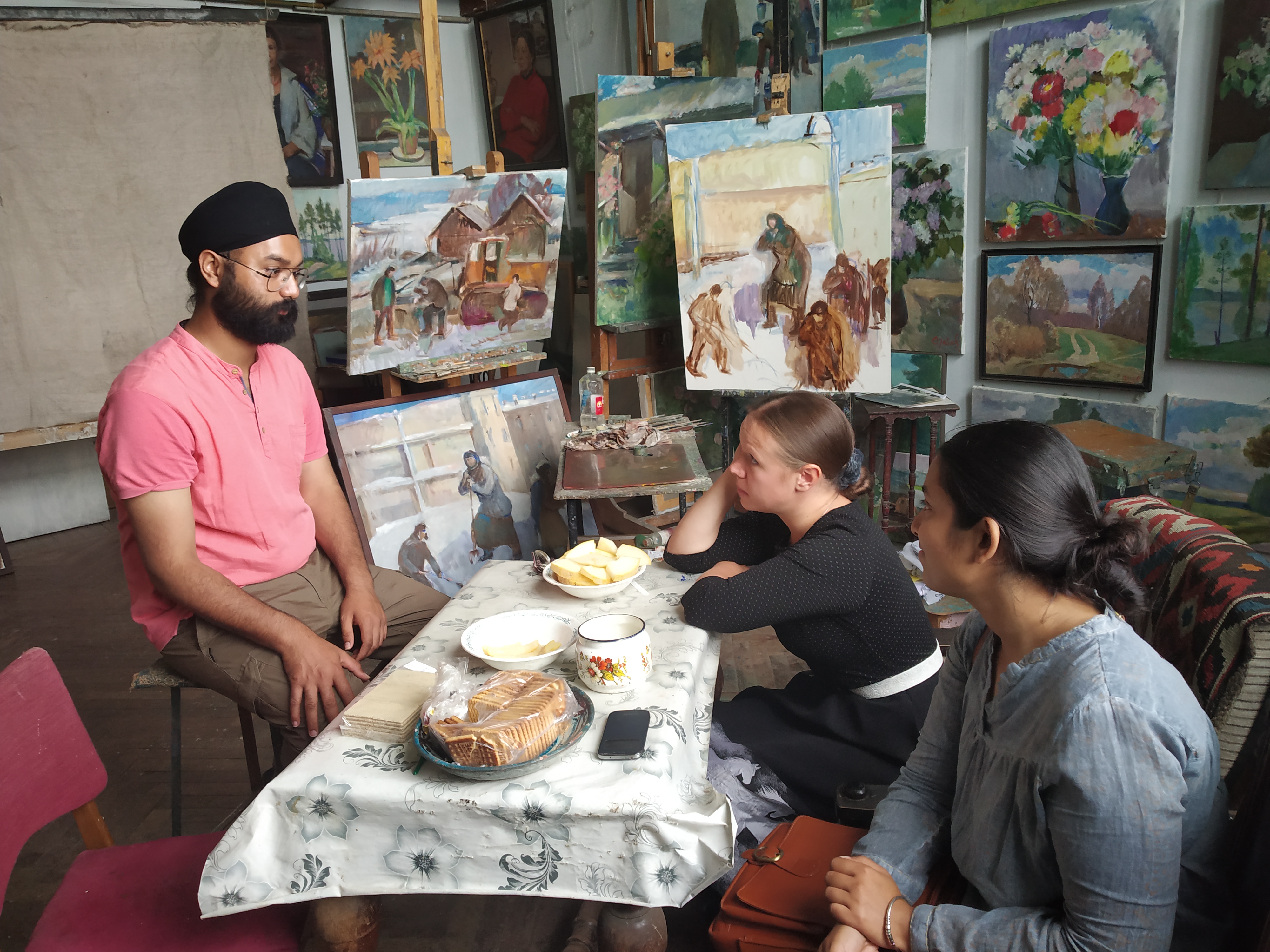 - You've been to many countries. What can you say about Russia?

Western countries are all about the ideas, experiment, moving ahead and adapting the new leaving the old behind. They do have a great way of preserving their age old architecture and building the new around it like in France where the new and old goes side by side.

Eastern countries are more silent, it's like they value there silence and even in the progress there is attachment towards the culture and religion. Which although looks very exotic and exciting but becomes a big reason for the lack of quick and easy development.

Where west keeps the religion at home east keeps it in there every activity.

Russia lies somewhere between both the aspects. When I was in Russia in the metropolitan cities I felt that I am in a country which has west culture.

The architecture, food joints and clothing of Russian people were like other European countries.

But when I visited the monasteries which were not in the big cities but in the small but very well developed towns there I could see the Russian culture which was very much inclined towards east.

I particularly remember the old Russian people who were warm and informal much like the eastern, there welcoming nature and not being formal but friendly was like being in a place where one do not have to pretend.

It was exciting to know that much like India the wedding dress of Russians were also used to be of Red and Green color which were considered auspicious. But because of western influence they are also now adorning the white gowns.

Russia on the outside is like a western country but by the heart they do have eastern values which are slowly dimnishing as the young population are moving ahead adapting western mannerism.

Yet they should maintain Russian old culture as it is very different from both western and eastern countries.

As somebody who was in Russia only for a month I felt that it's a country of many possibilities as there is an acess to the modern ideas while remaining in touch with ones culture as well. 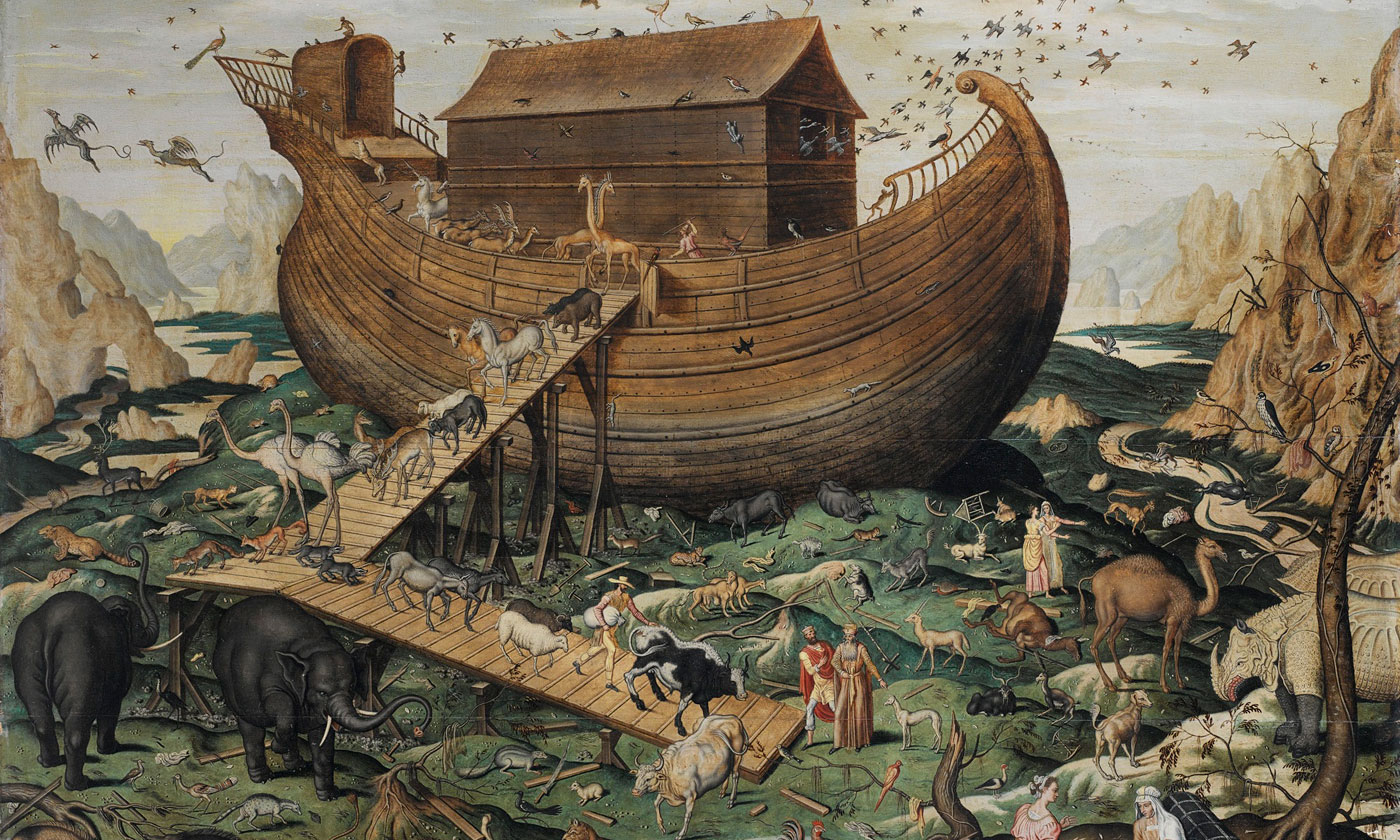 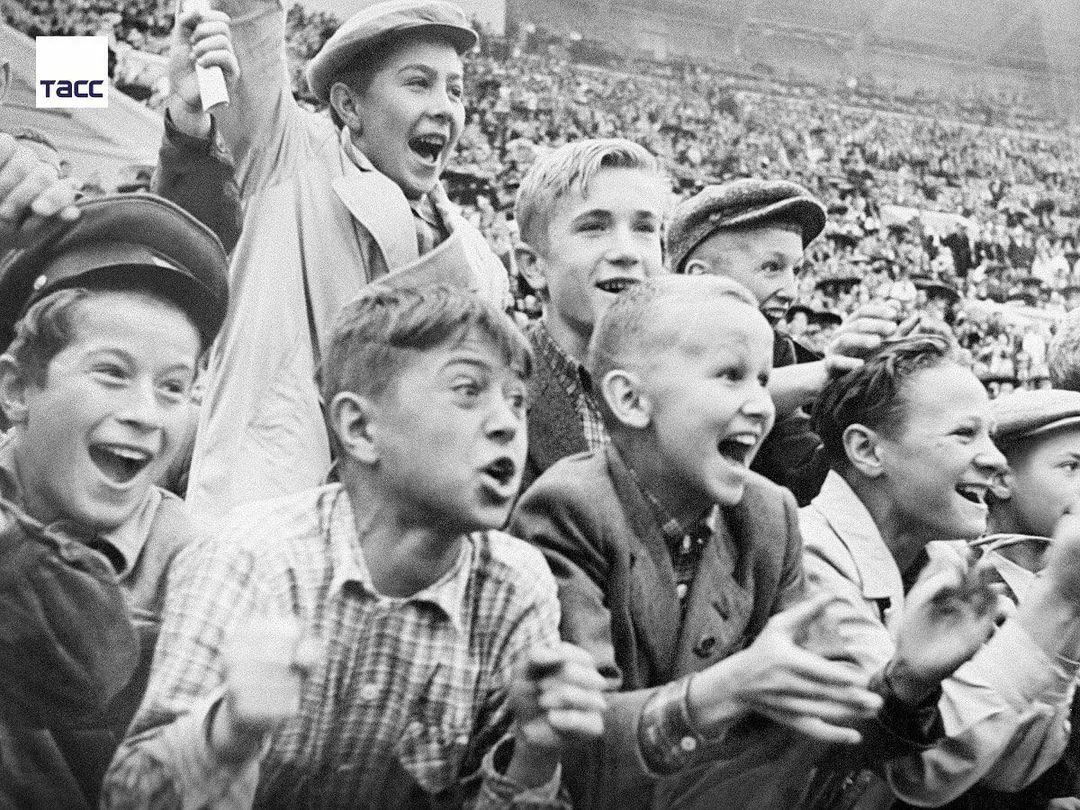